SCOV: Republicans and Democrats Unite On A Non Partisan Issue

Two Sun City partisan clubs are working together on a non-partisan issue. Republicans and Democrats in Sun City are united regarding their desire to have a public vote on the The El Conquistador Country Club purchase by the Town Of Oro Valley.   Both groups are supporting an effort, led by TOOTHINOV,ORG, to get enough signatures to put the item on a ballot for a citizen vote.

"Come Speak with your Councilman"

Council Members Garner and Zinkin are hosting a "Come Speak" session at the Oro Valley Library on January 11, from 1-3pm.  This is your opportunity to discuss things that are on your mind. "Come on, Come All."
---

Did you think that the ELCon/Community Center purchase should be put to a town vote?

The results of a poll we took last week on whether  you think that the The El Conquistador Country Club purchase should be put of for a vote is in.  Readers cast 300 votes.  As we reported earlier, 100 of these votes came in overnight on December 20.  They were all against the idea that a vote of the people should take place.  The statistical probability that these votes were randomly and independently cast is virtually impossible.

Opt-In polls like the ones we do on love are only indicators of how LOVE readers feel about a matter. Most who read LOVE didn't vote on the poll. What we find most interesting is that someone or a group would find a LOVE poll so important as to want to corrupt it with phony votes.  That's a hoot!
---
Your Voice, Our Future says "great progress and hit many milestones this year"

Thing is... Oro Valley doesn't have an amusement tax!
---
Oro Valley's 2014 Volunteers Of The Year 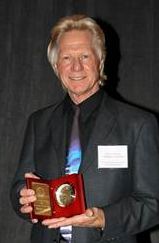 "Lazar has been a champion of Oro Valley, even before the Town was incorporated in 1974. An original board member of the Greater Oro Valley Arts Council, he has continued his support of the arts as the group evolved into the Southern Arizona Arts & Cultural Alliance. This skilled musician produced a jazz CD for fundraising and has written promotional pieces utilized by many Oro Valley organizations. In addition to his love of the arts and sciences, Warren is currently serving as president and publicity chair of the Oro Valley Historical Society, of which he is a lifetime member. Warren helped to update the Society's website and publicity materials, and coordinates support for Town events throughout the year. He has lent his extensive talent and expertise to the many special events at Steam Pump Ranch and also serves on the Steam Pump Ranch Master Plan Update Committee and Oro Valley Historical Society liaison to the Town's Historical Preservation Commission. Described as having "dedication, desire and love of our community," Warren Lazar is a talented man who delights in volunteering his time and talent to the Town of Oro Valley, and we are better for it. 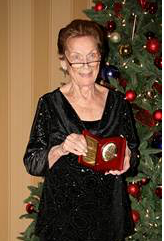 Robare has been volunteering with the Oro Valley Police Department's Citizen Volunteer Assistance Program since 1999 and has accrued more than 3,000 hours of service. During those 3,000 hours, she has been involved in every aspect of CVAP, including weekly rotations at the North Substation front desk, filling out Dark House paperwork, assisting crime prevention officers with community events such as Dispose-A-Med and Child ID. She also works on the Video ID program, which helps residents record and document their household belongings, which is an invaluable tool in the event of a burglary or house fire. Mary has served as a Team Leader on the CVAP Board and she has been one of the pioneers of the Community Resource Unity in its early years, helping to build the volunteer base. This year, Mary will be retiring her post with CVAP and will continue to volunteer her time in the community through the Pima County Attorney's Office, helping victims of domestic violence. The Town of Oro Valley is blessed to have been the recipient of Mary's volunteer efforts for 15 years."

Thing is... Oro Valley doesn't have an amusement tax!

Well I am amused by the mayor and his henchmen. I will pay the tax we have outstanding amusement here in the OV....

Your credibility is hovering around zero now. Would you like to elaborate???

Only you would think that is funny.

Only you would think it wasn't funny.

Newer Post Older Post Home
Subscribe to: Post Comments (Atom)
Our Weather
Oro Valley Quick Facts
• Population: 47.070
• Population per square mile: 1,154
• Median Household Income: $83,341
• Median Home Value: $311,800
• Median Gross Rent: $1,237
• Persons over 65: 31.8%
• Persons under 18: 16.3%
• Total Area: 36 Square Miles
Source
Join Our Mailing List
Disclaimer
We are not responsible for the guest views or comments of others.
Disclaimer of Email
The email address, "letorovalleyexcel@gmail.com" is not ours. The individual using that email identifies as "Richard Cranuim." This individual and this email address are not affiliated with LOVE in any way. We have blocked the address from our mail program and would suggest you do the same.